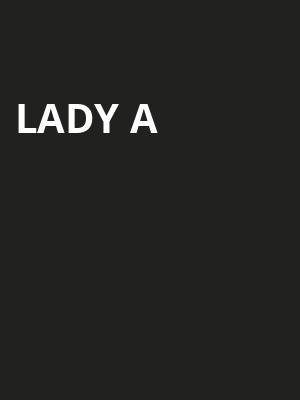 Country music's biggest trio are back

Why See Lady A?

back on the road!

Since forming in 2006, Lady Antebellum have undoubtedly ascended to the rank of country music royalty. Comprised of Hilary Scott, Charles Kelley and Dave Haywood, the Nashville trio's blend of pristine pop and country twang have won them seven Grammys and millions of sales worldwide.

2023 sees the three-piece switching things up as they set out on the more intimate Request Line Tour, where fans will be able to call in their favorite songs - meaning no two shows will be the same. Talking of the change, Dave Haywood said "We've been touring for over fifteen years and have played some of the biggest venues in the world, but there's something truly special about being close to your audience and having the flexibility to include the fans in how the show goes"

Medford, MA Thank you Lady Antebellum for an evening of beautiful music... more

Sound good to you? Share this page on social media and let your friends know about Lady A at Barbara B Mann Performing Arts Hall.