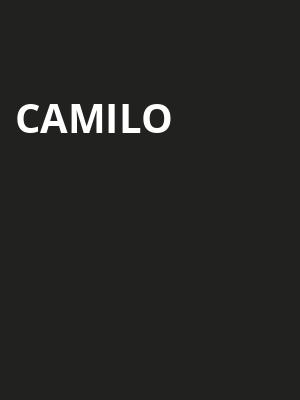 Since winning Factor XS, Columbia's answer to The X Factor in 2007, Camilo has risen to one of the Kings of Latin pop winning big at both the American and Latin Grammy Awards. Don't miss him live in fall 2022 as he brings his Urbano-infused music to stages across North America.

Known for his honest, romantic lyrics and trademark mustache, expect to hear some of his biggest hits, including Favorito, tutu, alongside cuts from his newest record, 2021's Grammy-nominated double platinum Mis Manos!

Seen Camilo? Loved it? Hated it?

Sound good to you? Share this page on social media and let your friends know about Camilo at Hertz Arena.