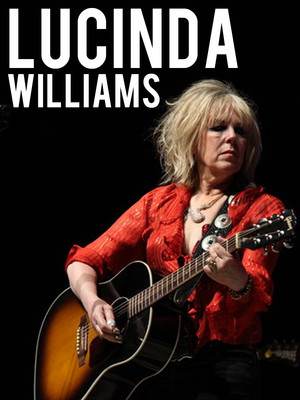 One of America's finest singer-songwriters, Lucinda Williams' substantial talents transcend the genres with which she's so at ease, from folk to blues and country-rock. At every live show, Williams demonstrates why her music speaks out to so many, with yearning and mourning.

Ms Williams has been making albums for almost four decades now, with her first album Ramblin' released in 1979. Her latest album, 2016's The Ghosts Of Highway 20, was a follow-up to her 2014 effort, Down Where The Spirit Meets The Bone; her first-ever double studio album which was jam-packed with her own original material, with only two tracks including other songwriters.

Sound good to you? Share this page on social media and let your friends know about Lucinda Williams at Barbara B Mann Performing Arts Hall.