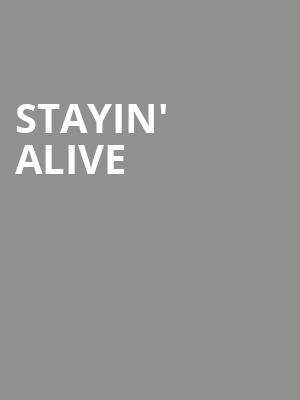 Stayin' Alive is the largest and most definitive production of its kind, offering big screen video clips, photos and dazzling imagery.

A Tour Full of Sparkling Disco

Disco lovers won't want to miss the electrifying and unforgettable music of the Bee Gees that defined an era of dance music throughout the '60s and '70s. The legendary three-piece band of brothers that formed in 1958 had huge hits with 'How Deep Is Your Love,' 'Stayin' Alive' and 'Night Fever.' To date, the band remain one of the biggest selling artists of all time after selling over 220 million records across the world. Take a funky trip down memory lane with this consummate tribute group!

The group were inducted into the Rock and Roll Hall of Fame in 1997 and have won eight Grammy Awards and five American Music Awards amongst others. Years after the death of two members, their legacy continues. Don't miss this internationally renowned tribute act as they bring the boogie to you.

Sound good to you? Share this page on social media and let your friends know about Stayin' Alive at Barbara B Mann Performing Arts Hall.