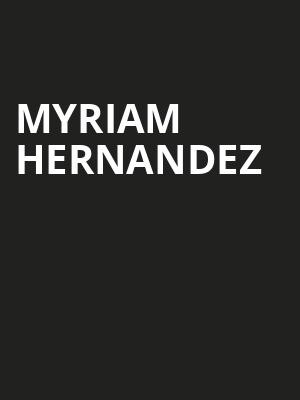 Myriam Hernandez is back to restore our faith in love with her romantic ballads.

An Evening Of Passion & Romance

Known as the Queen of Latin American romantic ballads, Myriam Raquel Hernandez Navarro began her stellar career at the age of 11 when she debuted her first track 'Ay Amor' on the popular Chilean TV program Generacion Joven. Her relationship with both the small screen and music continued to blossom when she landed roles on beloved soap opera and TV presenting stints whilst simultaneously releasing music with EMI records. In 1988, her debut self-titled album hit quadruple platinum in multiple countries including the US, solidifying her status as Spanish language pop royalty.

Whilst sweet melodies and tender lyrics about love lost, won and the passionate tumult that lies in between remain at the core of her writing, Hernandez has re-invented herself in recent years by experimenting with a range of different genres like hip hop, dance and electronic music. Don't miss this chance to see a living legend celebrate a storied musical legacy when she steps out on stage this year!

Sound good to you? Share this page on social media and let your friends know about Myriam Hernandez at Hertz Arena.